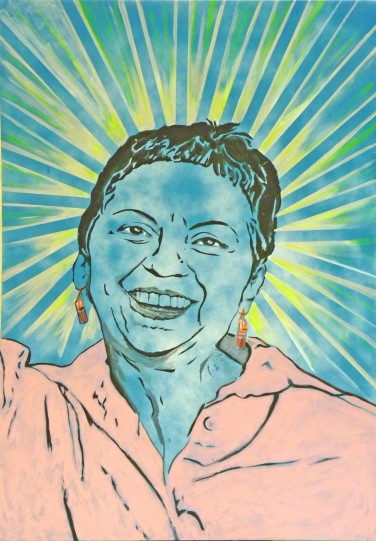 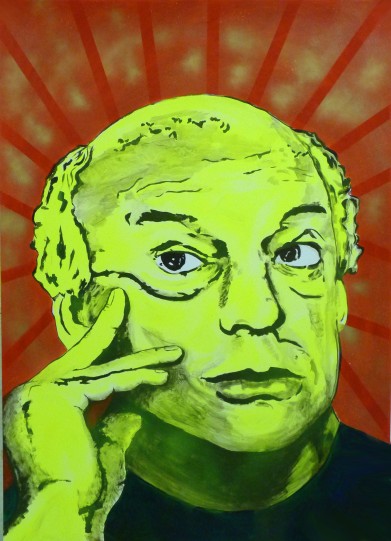 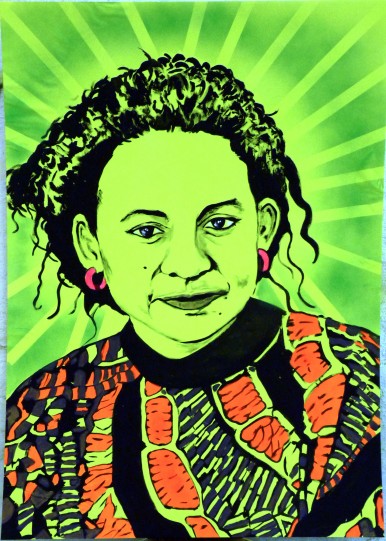 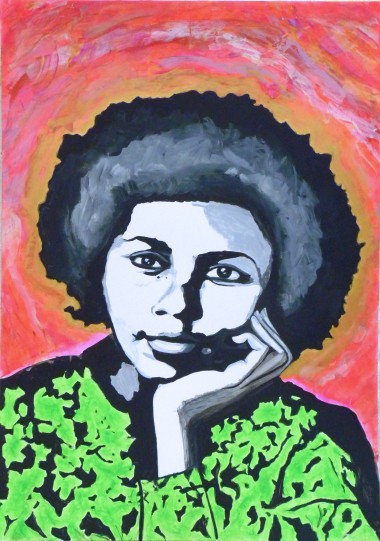 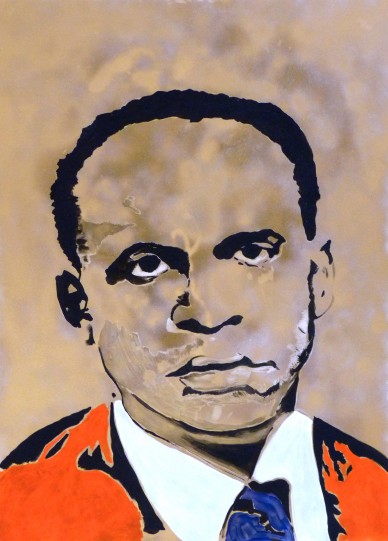 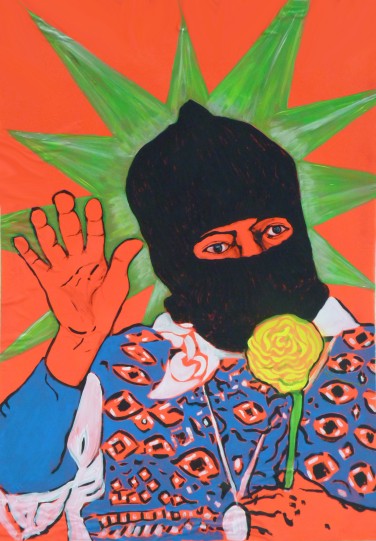 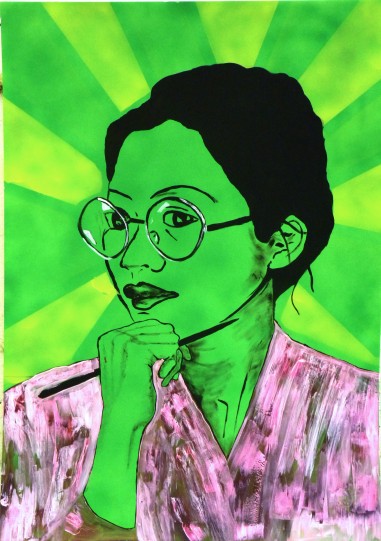 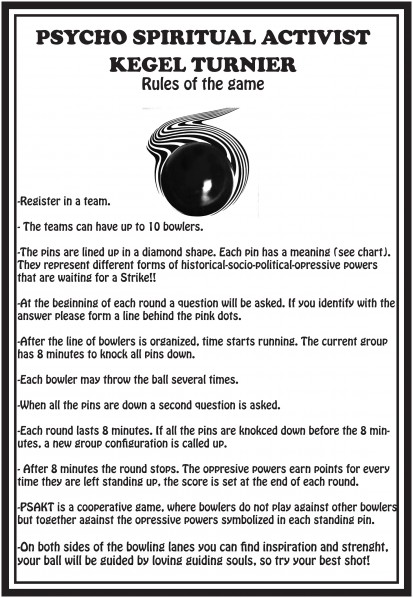 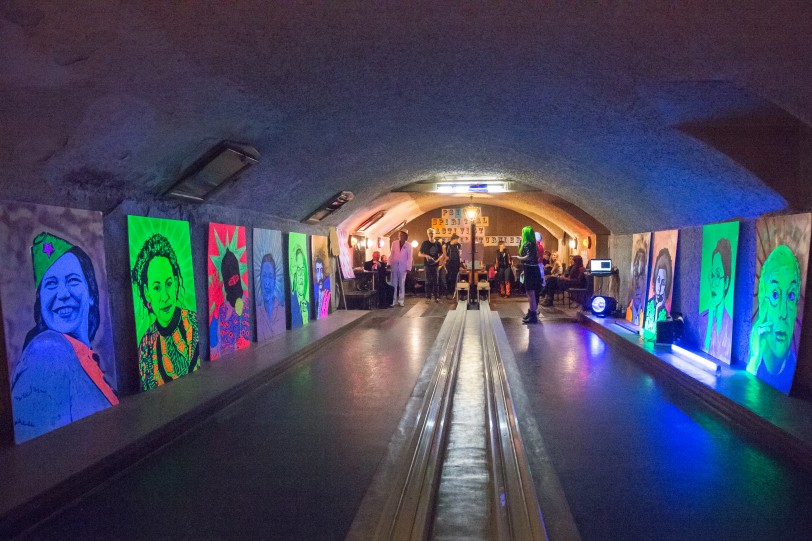 The participative performance took place in the nine pin bowling cellar of Cafe Weidinger. The rules of the game were transformed in order to involve the participants in a interpersonal quest of acknowledging privileges, contesting social stigmas and challenging stereotypes.

In the path of each ball is guided by spiritual guides which enlightened the path of social change.

Paintings, setting and rules of the game by Ruth Lang and Mariel Rodríguez, general concept by the members of Cantina Corazón.

MALCOLM X (1925-1965)
was an African-American Muslim minister and human rights activist, he articulated concepts of race pride and black nationalism in the 1950s and '60s.

Trịnh Thị Minh Hà (1952)
Born in Vietnam, Trinh T. Minh-ha is a feminist filmmaker, writer and composer.
Her focus is on gender politics as related to cultural politics, post-coloniality, contemporary critical theory and the arts.

Milja Marin – Kozarčanka (1944-2007)
Yugoslavian Partisan fighter from the village of Brekinja at the foot of Mount Kozara.

Frantz Omar Fanon (1925 – 1961) was a Martiniquais-French psychiatrist, philosopher, revolutionary, and writer whose works are influential in the fields of post-colonial studies, critical theory, and Marxism. As an intellectual, Fanon was a political radical, Pan-Africanist, and Marxist humanist concerned with the psychopathology of colonization and the human, social, and cultural consequences of decolonization.
Gloria Evangelina Anzaldúa (1942 – 2004)
Mexican American scholar of Chicana cultural theory, feminist theory, and queer theory.

Comandanta Ramona (1959 – 2006), member of the Tzotzil Maya community in the highlands of Chiapas and laeding officer of the Zapatista Army of National Liberation (EZLN), a revolutionary indigenous autonomist organization based in the southern Mexican state of Chiapas.

For more details about CANTINA CORAZÓN and WIENWOCHE click here